YouGov Poll has Keir Starmer as favourite to lead Labour

Ex Labour Party deputy leader, Tom Watson, appeared on BBC Breakfast today to promote his campaign regarding type 2 diabetes. However it was inevitable that the interviewers would be keen on hearing his assessment of the party’s failure in the general election and who his choice of leader would now be.

Watson has now retired from politics, in no uncertain terms, and his outspoken passionate socialist rhetoric was certainly not in evidence on the television. The future of the party that has consumed his working life, is certainly something that many are now focused on although no one, as yet, has a clear way forward.

Watson would not be drawn on his favoured candidate, but as it currently stands, no one can declare their participation formally until the national executive meets next week, to clarify the leadership rules and timetable.

However, while members of the Labour Party may be loathe to cite the preferences, a YouGov poll of Labour members suggests that the race is already won.

Sir Keir Starmer, the shadow Brexit secretary, was supported by 31% of those polled, some distance ahead of Rebecca Long-Bailey, who only received 20% of the vote.

There has been much talk of Labour finally putting a woman at the head of their ship, but Jess Phillips, Yvette Cooper and Emily Thornberry simply do not seem to have the backing of the membership.

The key to winning the leadership campaign, as well as any chance of winning a general election, will be to understand why Labour performed who badly and to have a vision for the future that has support.

Starmer may not approve of Tony Blair’s policies, but the fact that he is the only man to win for the party three times suggests that he may have to bring the party back to the middle ground if he wants it to have any voice at Westminster.

Currently engaged in talking to trade unions and party activists, Starmer it seems is the man to take on Johnson, according to both the bookies and the polls, although he will have to distance himself from Corbyn if he is to earn the trust of the electorate. 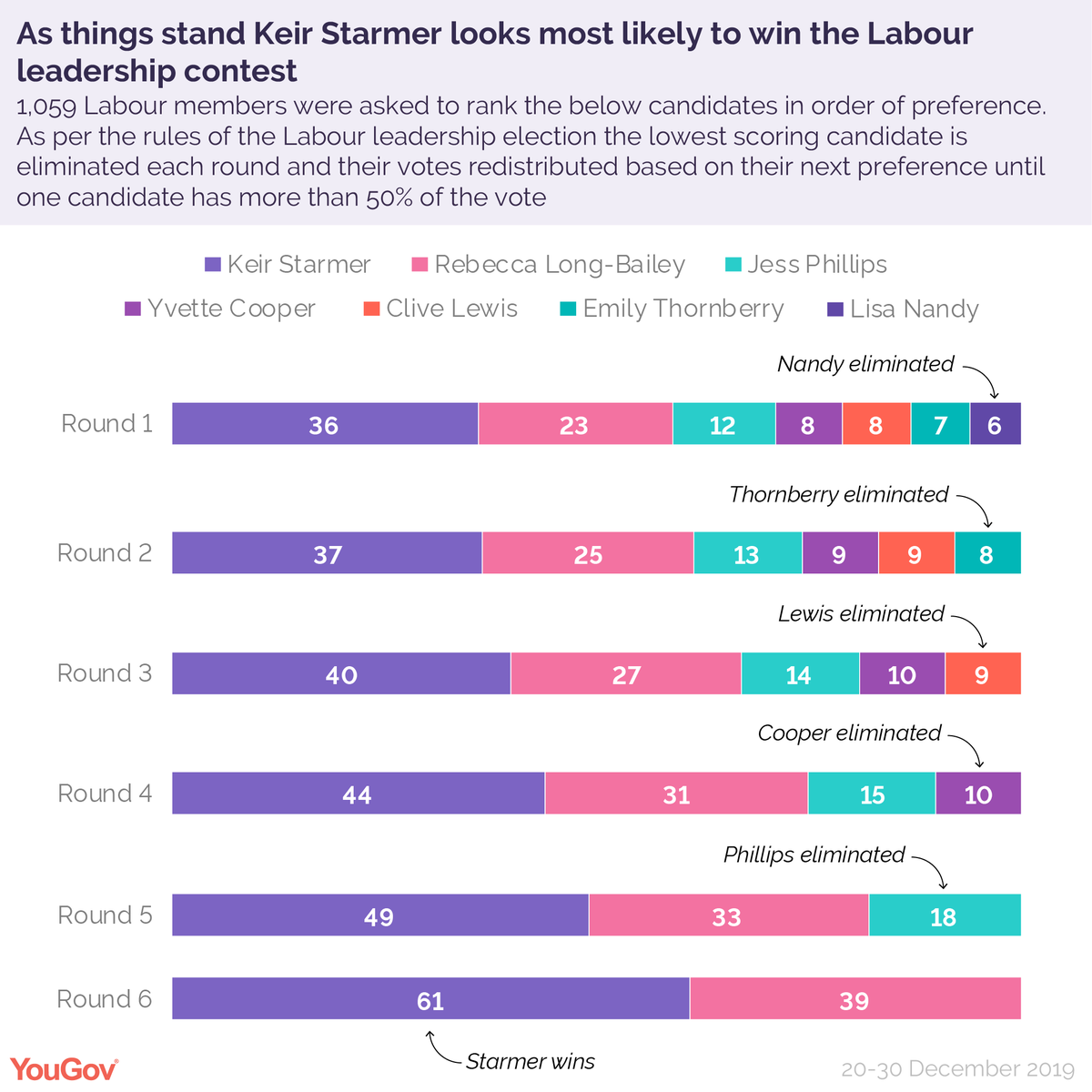