Where have the Liberal Democrats gone?

In May 2019, the Liberal Democrats were riding the crest of a wave. With the toll that Brexit was taking on the two main parties, the Lib Dems did really well in the European elections and it seemed that the burden of having enabled Cameron in the coalition government in 2010, that they were finally re-emerging on the political landscape.

However, entering the December 12 general election, that in many ways was enabled by them, the electorate deserted the middle ground and either voted for or against Corbyn and Johnson and the Liberals were decimated.

Their leader, Jo Swinson, who had not only, bullishly adopted the stance as next resident of 10 Downing St., but even adopted a policy to revoke Article 50, was unceremoniously debunked, losing her seat in parliament altogether.

The party went from predicting an enormous win, after seeing a swath of Tory and Labour MPs joining their ranks, to being reduced to only 11 in number, licking their wounds.

So where are they now, and does it matter?

Well since the election campaign, which in retrospect is seen as having employed a ridiculous strategy, Ed Davey has become the caretaker leader, and although he is expected to stand for election having lost to Swinson only six months ago he is unlikely to be chosen now, particularly since he still defends the party’s 2010 -15 record when in coalition with the Conservatives.

The timetable for the leadership election has now been set out and the nominations will open on May 11, with the ballot itself closing on July 15.

It appears from this timetable that the Lib Dems are in no hurry to get a new head of steam.

With only 11 names to choose from, the delay seems unwarranted especially with decisions around Brexit so prominent in the next 11 months.

Currently it appears that 5 of the 11 are prepared to take up the leadership mantle, so it will be interesting to see how these MPs seek to court the limelight, and the membership, in Westminster in the next few months.

Apart from Davey, Layla Moran( pictured above), Christine Jardine, Daisy Cooper and Wera Hobhouse look most likely to stand, thus indicating - like Labour - the appetite for a female leader.

Acting historically as a buffer between the Tories and Labour, it seems once again that the Liberal Democrats have  been squeezed out of the centre ground, and little will change until the introduction of proportional representation.

However, getting that legislation through parliament, while dominated by parties that would not be served by that constitutional change, looks unlikely to ever happen.

Consequently, it seems that the Liberal Democrats are back where they have always been, on the sidelines of government, and given the current composition of parliament are likely to stay there for a very long time, no matter who is at the helm. 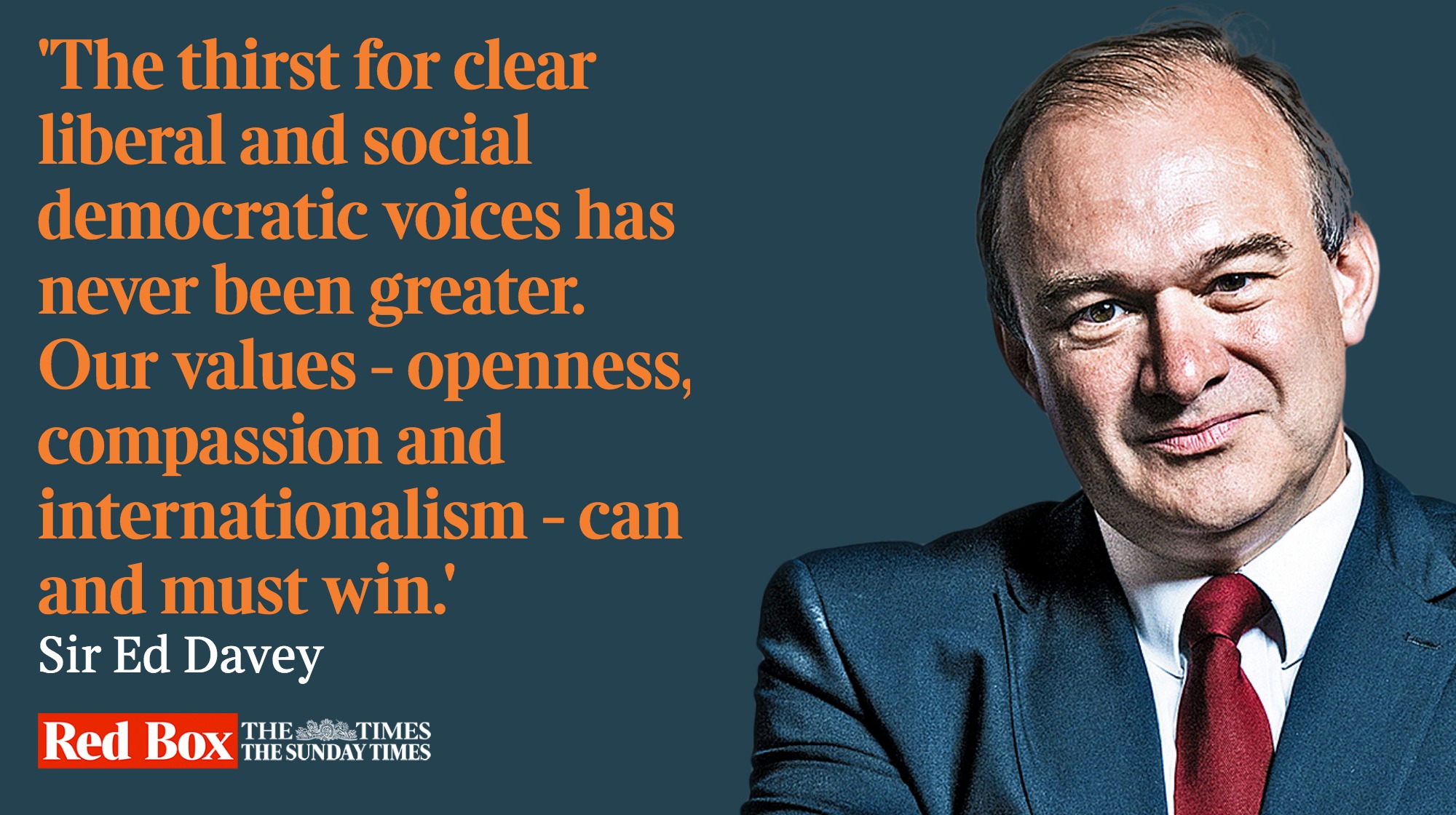 Let's focus on our positive purpose & our progressive & liberal values

I want us to debate our unique approach to key challenges - from the climate emergency, to healing Britain's divisions & how we care for each other 👇 https://t.co/6OTbnWGRcs
Follow
09:18 AM - 21st Jan 20
178
504
Leave a comment
Latest UK Articles
Coronavirus set to be biggest challenge for politicians this year as share prices plummet on a global scale
By Suzi Cairns