The focus of the political media in the UK has unsurprisingly been consumed with the twists and turns of the Brexit story, but across the pond, another mop-headed character is once again creating havoc in the headlines.

Although Etonian and classical scholar Boris Johnson, may be aghast at being compared to someone whose Twitter rants often show a lack of education, and a definite inability to curb his emotions, there is no doubt that both he and Trump have entered into high office with a bullish disregard for convention.

Today, Johnson refused to turn up for a select committee hearing, and yesterday some of Trump’s fellow Republicans stormed into a confidential hearing regarding the president’s impeachment. Both actions were alien to the establishment but not surprising with the protagonists involved.

Of course, Trump has suggested from the beginning of his presidency that he has been the subject of a witch-hunt with regard to his part in any Russian involvement in the US election, but now, although he is protesting his innocence again with regards to Ukraine, the evidence is mounting against him.

Two dozen Republicans burst into the closed session of the impeachment inquiry, delaying the process by five hours.

This confrontational style indicates the Republicans feel very threatened by the depositions that are being made and are keen to score as many political points as possible to deflect the press.

It was Deputy Assistant Secretary of Defense for Russia, Ukraine, and Eurasia Laura Cooper, whose testimony was disrupted this time.

She had been subpoenaed to testify about the usual procedure regarding foreign aid and how Trumps’s aid to Ukraine may have differed from this.

The evidence is stacking up substantially against the president, who it appeared was willing to give aid to the Ukraine in return for an investigation into Joe Biden’s affairs in the country.

Although Bill Clinton survived an impeachment process, at about the same point in hispresidenyy and went on to win another term, it is looking more tricky for Trump because the country’s purse and intelligence from a foreign power are involved.

As the 2020 election approaches, expect more drama from both sides. Trump is not the man to go down without a fight. 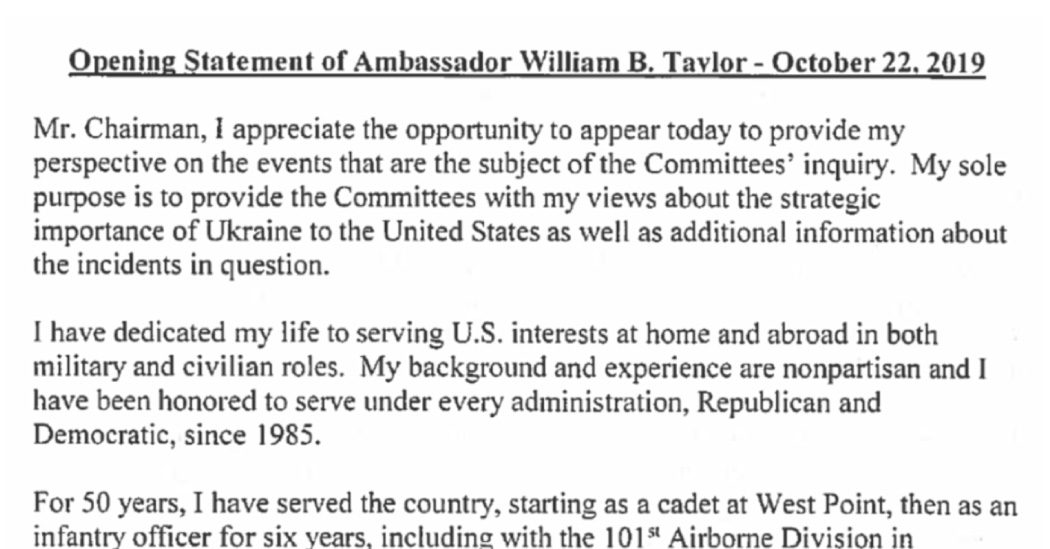 Trump To Serve A Full Second Term In Office

Trump To Serve A Full Second Term In Office