Statisticians suggest next Brexit deal could be approved by parliament

Although there is very little time for Brussels and London to broker a Brexit deal, there have been gentle rumblings from both sides that it is not impossible and that some progress is being made.

Yesterday the Finnish Prime Minister Antti Rinne, who is currently heading the European Parliament, suggested that if Boris could not provide some paperwork for his intentions soon, a deal would be impossible, but today as Stephen Barclay heads to Belgium, the mood seems altogether more optimistic.

According to the EU, they have received an outline from the British government on what they would require from a deal, however it appears to be more of a taster menu, than a sharply outlined and detailed proposal.

The latest papers are clearly some step forward, but with the Liberal Democrats campaigning to revoke Article 50 and Labour pushing for a second referendum, regardless of the opinion of the EU, would parliament countenance whatever Boris comes back with anyway?

The greatest impasse that Westminster has ever seen is going on apace, but statisticians Cicero have come up with some interesting research.

According to them, above and beyond what the political parties are campaigning for, there is such an air of frustration across the country, and amongst MPs, that it is just possible that any deal Boris brings back, almost regardless of its content, will be passed, just to finally put Brexit to bed and move onto other political questions.

Cicero have calculated that it is within the realms of possibility that a new deal could pass in the House of Commons by a majority of 25, on the basis that the Irish backstop has been dealt with and that Northern Ireland is more closely aligned with the EU for the foreseeable future.

It is calculated that even  the government’s current partners, the DUP, would vote for this alternative,  willing to forego their opposition if Boris finally pass the deal through parliament, on the day he promised, October 31! 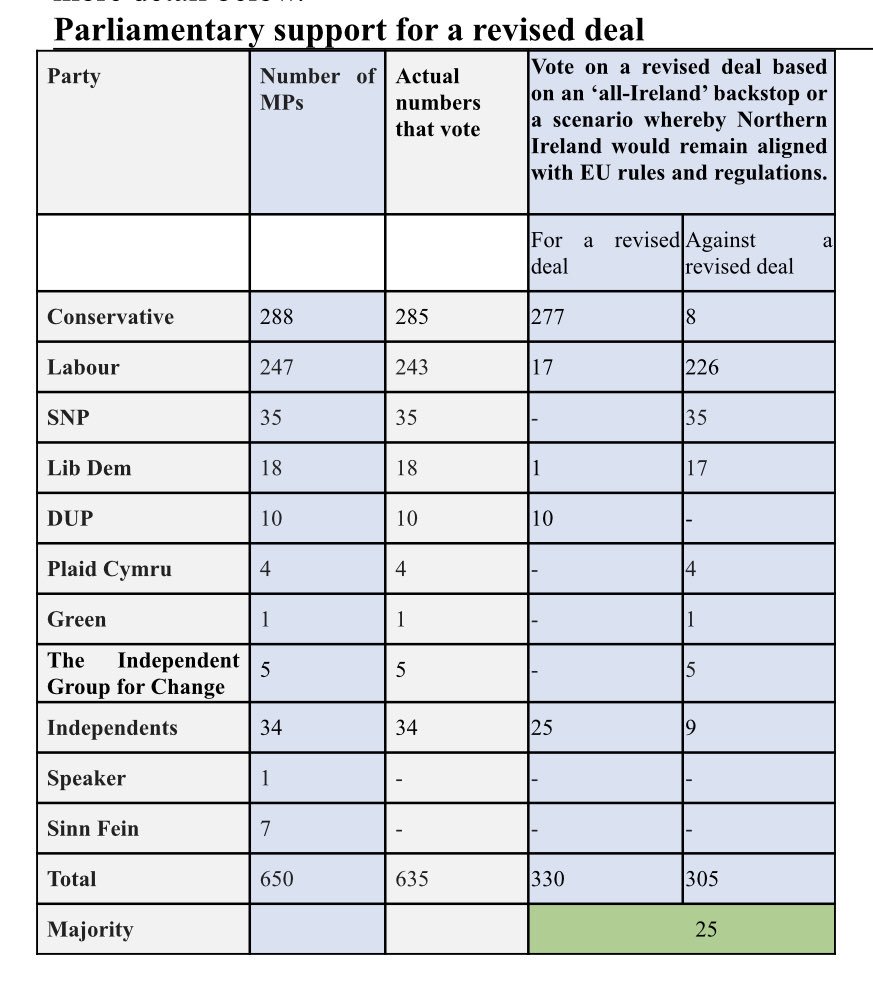 Iain Anderson
iain_w_anderson
Follow
Our latest ⁦@CiceroGlobal⁩ number crunching on a revised #Brexit deal on an all Ireland basis - looks like it could pass the Commons https://t.co/ODOfst1SI4
Follow
08:23 AM - 18th Sep 19
81
138