You are using an outdated browser. Please upgrade your browser to improve your experience.
This website uses cookies
Cookies help us and our partners provide statistics. By browsing this website, you consent to the use of cookies in accordance with our Cookies Policy.
Accept & Close
Home Articles
Pm Gives Go Ahead To Hs2 But Backbenchers Expected To Rebel
09:55
UK

PM gives go ahead to HS2, but backbenchers expected to rebel

The prime minister is expected to announce in parliament today that the long awaited HS2 project, the high speed rail link designed to unite the North and South of the country, will finally be given the go ahead.

The scheme was initially posed by Gordon Brown in 2009, seen as  way of re-invigorating the Northern economy, but it has subsequently been plagued with controversy, not least its cost.

Of course, having won rafts of votes in the North of England the Tories are keen to hang onto them, and it is clearly thought that connectivity is a key part of this process.

However, suggestions about a back bench rebellion over this are bubbling to the surface.

The cost of the project was estimated at £56 billion in 2015, but has now more than doubled. This expenditure, coupled with the potential backlash over rural areas being decimated by building, during a time when green issues are at the top of any political agenda, is propelling Tory MPs to speak out.

The plans outline two phases,  one to link London with Birmingham and the second phase which would link Birmingham, in a V shape with Leeds and Manchester. However, is is now estimated that the whole project would no be completed until 2040.

Currently, dissenting MPs would point out that the existing Northern Rail franchise is so inefficient, and has been so plagued with timetabling errors, that the money would be best spent sorting out the current infrastructure before even attempting to build a new one.

Similarly, for those MPs whose constituencies could be carved up by the building work necessary for HS2, this could be a very hard sell. They will be urging the PM to focus on financing local transport infrastructures in these areas to make them more efficient, and more green, and abandon HS2 altogether.

Of course, should a massive project like this finally get underway, it would clearly be a boost for jobs. On the down side, however, those in the North would suggest that linking Manchester and Leeds would be of more value to them economically than cutting their travelling time to London by half an hour.

All of this presupposes that after Brexit is well and truly signed and sealed, trade deals et al, that there will be enough money in the system to be able to accommodate such an expense.

It seems that although the PM ism announcing his decision, the debate may yet have years to run. 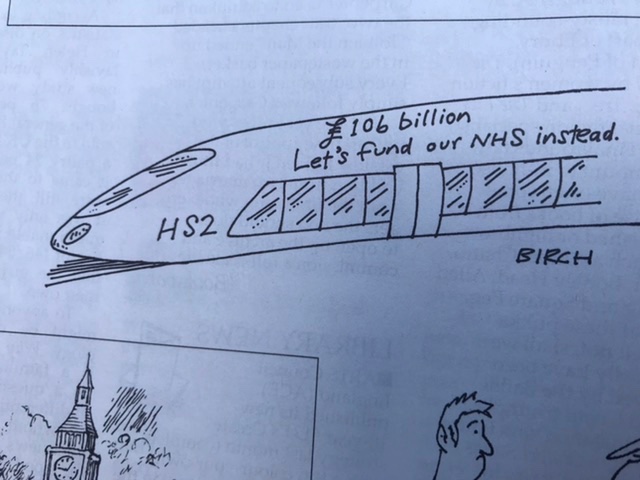