No credible alternatives offered by UK to EU

There have been suggestions from Number 10 in the last couple of days, that while parliament has been prorogued making the eventuality of a no deal Brexit more likely, efforts are now being made to re-open negotiations with Brussels.

This of course, comes on the back of Johnson meeting Angela Merkel and Emmanuel Macron for the first time as leader last week, but the sounds emanating from the continent are that the UK has nothing new for the EU to debate.

There is a sense that both sides are keen to blame each other for a no-deal outcome, in a political game of brinkmanship, but if Boris Johnson is really not offering any alternative arrangements regarding the Irish backstop in particular, it would appear that he is actually pushing for a no deal outcome, which he has fervently tried to deny of late.

In fact, Johnson is now suggesting that it is the fault of UK parliamentarians fighting against a no deal outcome that could make it even more likely.

Johnson made it clear today that there would be twice-weekly meetings with the EU in the run up to the October 17th summit, and sought to reassure with his statement ,"We are working together now on serious ways that we can change the current agreement, get out of that mistake and do a deal."

However, although the EU was keen to suggest that, “Its doors remain open”, the Irish Foreign Minister was keen to articulate, that along with the leaders of other EU members, he was unaware of any alternative propositions, let alone solutions to the Irish backstop.

Meanwhile many have forecasted that the continued push to a no deal Brexit could trigger protests that mirror those about the poll tax in Margaret Thatcher’s day and an ex PM (John Major) takes a current PM to court to tie his hands.

Is Johnson really ready to make a deal with the EU, in a spectacular exercise in brinkmanship, or is it really his plan to get into bed with Trump? 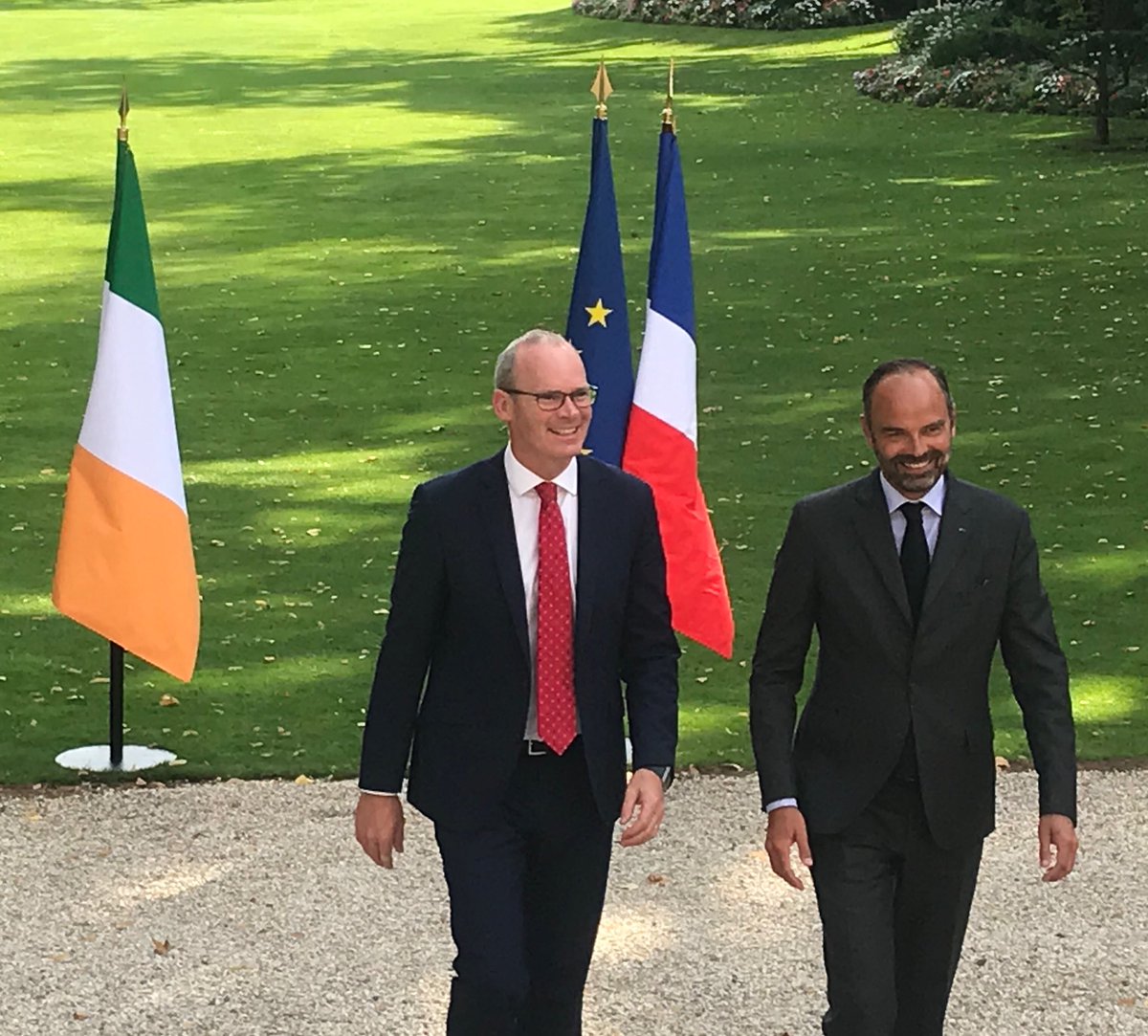 Simon Coveney
simoncoveney
Follow
Great meeting in Paris with ⁦@EPhilippePM⁩ and ⁦@AdeMontchalin⁩ - rock solid French support and solidarity with #Ireland on #Brexit - we want to find solutions to prevent a No Deal but it must be consistent with the Withdrawal Agreement. https://t.co/dPlj69bpPY
Follow
20:05 PM - 28th Aug 19
171
782