More gaffes for Boris, but still ahead in the polls

Boris Johnson is something of an anathema in modern day politics. Although from the outset of his career and his much publicised spell as Major of London Johnson has been the king of the gaffes. Photographed stuck on a high wire, like a clown he milked every moment and reviled for his writing in the Times, which included the infamous ‘letterboxes’ quote when discussing burkha-wearing Muslim women, it seems incredibly he is able to get away with it.

Apparently the electorate is endlessly forgiving, because of his fallibility, not in spite of it.

Although representative of a privileged elite, with all the private education that represents, and endlessly monied connections, it seems that somehow even the loyal Labour voters are responding to his simple message about Brexit above all and forgive his mistakes as one would forgive an errant teenager. In essence even though he appears to be relentlessly flawed, he is loved for this trait.

As the Conservatives unveiled their election manifesto at the weekend, with Boris beating the podium and orating in his customary Churchillian fashion that  the Tories represented the only feasible strategy for the nation, he immediately rode straight into yet another of his dramatic gaffes.

His posturing about the 20,000 police that would be recruited, the schools that would be helped and the NHS investment that was imminent, was inevitable as well, of course, his battle cry about getting Brexit done, was soon in pieces.

Speaking at the Telford International Centre, the Prime Minister enthused that "I'm looking at Matt Hancock here because I know that we have kept the A&E open and we will ensure that it is open and I will absolutely insist on that and I know that Matt will be very happy to give you more details afterwards.

"We will certainly make sure that the A&E in Telford is kept open."

Unfortunately for the prime minister this enthusiastic and optimistic response was far from the truth.

In fact it was shot down immediately by Health Secretary Matt Hancock, who pointed out that the Telford A&E would be closing  replaced by an A&E Local which would have limited only operating  hours.

It seems that once again while wanting to be the ‘King of the world’, as he is reported to have said when he was ten years old, Johnson does not quite understand that he has to substantiate his need to be a people pleaser with carefully thought out policies.

Although the opposition parties are quick to pounce on these huge mistakes, once again the electorate seem to be forgiving of his bumbling inefficacy as he is still predicted to return to Number 10 on December 12, and in the polls still appears to be more popular then other leaders.

Politics has certainly changed radically in the UK over the past three years and it now seems that gaffes and misinformation are now highly prized by voters. Who knew ? 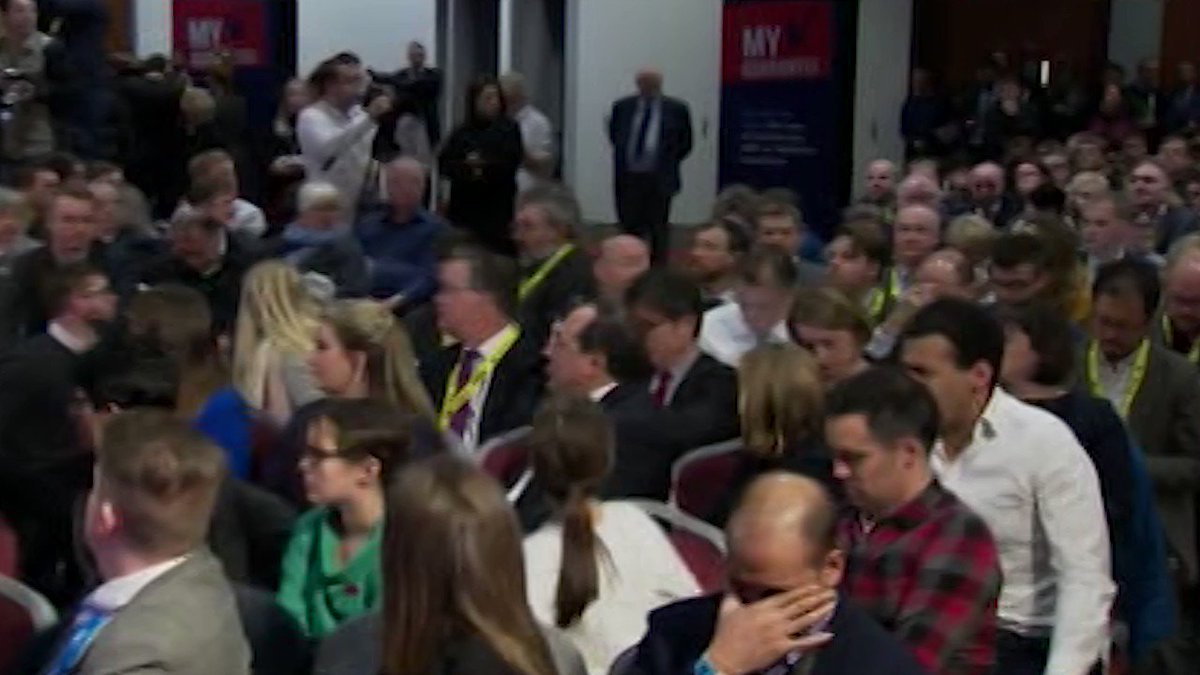 Brian McNally
McNallyMirror
Follow
#Boris Johnson's bumbling, bullshit here shows why he is transparently unfit to lead a corner shop never mind the UK. The serial liar is utterly incapable of answering a simple question about his lack of honesty and integrity. https://t.co/nBTI43Nfsv
Follow
03:23 AM - 25th Nov 19
13
29