You are using an outdated browser. Please upgrade your browser to improve your experience.
This website uses cookies
Cookies help us and our partners provide statistics. By browsing this website, you consent to the use of cookies in accordance with our Cookies Policy.
Accept & Close
Home Articles
Michel Barnier Makes It Clear There Is No Canada Style Trade Deal On Offer For The Uk
10:27
Brexit

The daily chaos brought to the headlines during the Brexit impasse, have become a thing of the past - until now.

Journalists were camped outside the Houses of Parliament for months, becoming a permanent feature in the run up to the general election, as MPs changed their political alliances according to their European preferences and government was turned upside down and inside out.

Johnson’s decisive win at the polls however, appeared to signpost calmer political seas, given the power of his majority at Westminster, but there are storm clouds forming.

There have already been warnings from the French Foreign Minister that the UK is not going to get their own way in the imminent trade talks, and now the EU’s chief negotiator has indicated that there could well be a bloody battle ahead.

Representing the desires of all the member states, Michel Barnier has drawn his first lines in the sand and Boris Johnson is not going to be happy.

For some time the PM has been advocating a Canada-style arrangement with the bloc, but yesterday Barnier made it absolutely clear that such a proposition would be in no way acceptable.

It has always been the EU’s contention that the proximity of the UK made a Canada-style deal impossible, which could put the UK in a position of leaving the EU on December 31 with no deal at all.

Barnier cited an “ambitious partnership” with the UK as the EU’s aim with a “A trade agreement that includes in particular fishing and includes a level playing field, with a country that has a very particular proximity - a unique territorial and economic closeness - which is why it can't be compared to Canada or South Korea or Japan."

Because the UK economy operates on Europe’s doorstep, level playing field rules that include workers’ rights and environmental regulations, to name but a few, are pivotal to the EU’s position, otherwise UK businesses will simply not be given tariff-free access to the continent.

David Frost, the PM’s representative at the negotiating table, made it clear yesterday that the whole point of Brexit was to be able to diverge from EU’s rules, completely invalidating Barnier’s offer. There seems to be little room for manoeuvre on either side at the moment, reminiscent of the impasse in Westminster last year and a fixed time frame that will either enable flexibility or fix positions more concretely. Frost will outline the government’s position fully in the coming week.

The gloves are about to come off and one side is likely to become de-railed in the process. 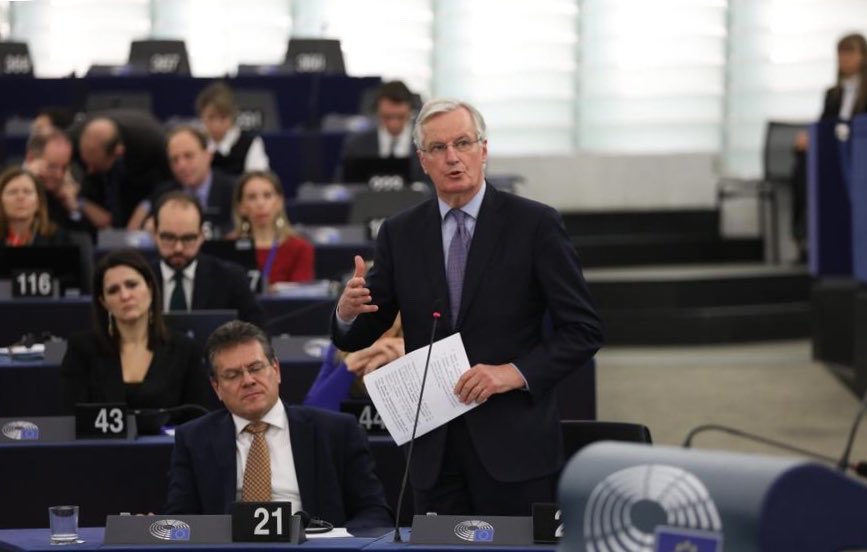 Michel Barnier
MichelBarnier
Follow
Given our common history & geography with #UK, it is logical that we want to maintain close security & economic ties. But UK interest in diverging from us means this will be challenging.
The #EU stands united: we are open for negotiations on our future, but remain ever vigilant. https://t.co/VRQuN3jz1A
Follow
11:40 AM - 11th Feb 20
392
1102
Leave a comment
Latest Brexit Articles
As Johnson’s honeymoon period fades, there may be trouble ahead
By Suzi Cairns