You are using an outdated browser. Please upgrade your browser to improve your experience.
This website uses cookies
Cookies help us and our partners provide statistics. By browsing this website, you consent to the use of cookies in accordance with our Cookies Policy.
Accept & Close
Home Articles
Lib Dems Talk Tough Even After Losing 10 Seats And Their Leader
08:58
UK

There is little doubt that the glory days of the Liberal Democrat sharing power with David Cameron’s Tory government are long gone and may in fact be the main reason that they fared so poorly in last week’s general election results.

Jo Swinson started the weeks prior to December 12 in bullish mood, even positioning herself as the next resident of 10 Downing Street, not just the leader of a coalition government.

Her optimism rose from the Liberals impressive show in the European elections in May  which suggested as the only party actively supporting remainers, they could well reflect the points of view of many in the country.

However, time would tell that Swinson’s ambitions were not only unrealistic, but in the realms of fantasy. Even teaming up with the Greens and Plaid Cymru to maximise their potential, Swinson and her much publicised voting record with the Cameron establishment, simply fell on its sword.

Even Swinson herself lost her seat to an SNP candidate and the Liberals tally in the House of Commons fell from 21 to a meagre 11 seats.

Therefore, like the Labour Party, the Lib Dems are left contemplating their navel and musing over what went so wrong.

Like Labour there will be reviews and research undertaken to unpick their strategy and build a new way forward, something the current caretaker leader Sir Ed Davey has much to say about.

It is his contention that now that Scotland looks set to go to the polls again for an Independence Referendum and Northern Ireland will find itself on the outside of the UK after Brexit, that the Liberals will become the party that will be pushing to maintain the Union.

"We are the unionists now - the patriotic party who support our union,” he exclaimed although whether this can propel him to be the leader of his party after Swinson is in some real doubt.

Davey understands political power, he himself was Energy Secretary under Cameron, but it seems that the ghosts of that administration are cutting a long shadow over the future of all Liberal policies.

Explaining that he wants to take his party forward and oppose successfully what he calls,  ‘a right-wing nationalist government,” with a PM in which he can put no trust, he still insists that, “Brexit could still implode.”

Sir Ed may well be right, but unfortunately his own party has already imploded, leaving a dishevelled Labour Party and the SNP to keep the government to account.

It looks, like the Labour Party the Liberals have a lot of work to do from the ground up, to make themselves pertinent and even the presence of Davey himself may well hamper their progress. 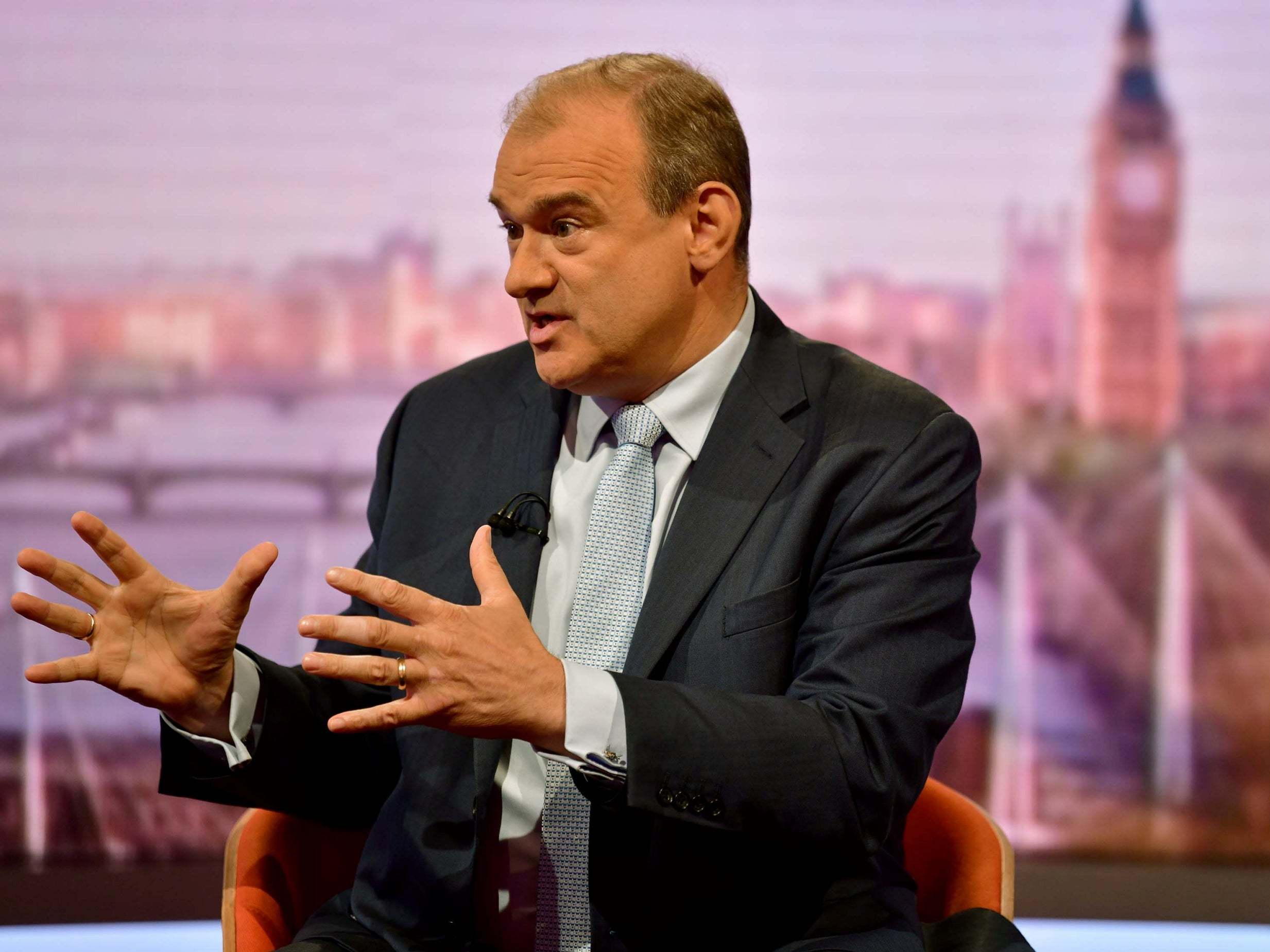 Battle against Brexit has not ended and Johnson’s plans could still ‘implode’, says Ed Davey
The Independent
Read More