You are using an outdated browser. Please upgrade your browser to improve your experience.
This website uses cookies
Cookies help us and our partners provide statistics. By browsing this website, you consent to the use of cookies in accordance with our Cookies Policy.
Accept & Close
Home Articles
Johnson Proposes New Brexit Deal But Has Little Time To Approve It
09:51
Brexit

Although there were few positive noises after Boris Johnson finally met Commission President on Monday, and a cancelled press conference due to anti- Brexiteers, it was reported in the European Parliament today that there was a semblance of a plan on the table from the PM, although little detail.

Juncker (pictured above) spoke to the assembly confirming that his meeting was cordial, but was eager to outline the lack of substance that he had been offered.

So what exactly has Johnson tried to tantalise the EU and the parliamentarians at home with?

It seems the new intention is based around a four-part plan, which above all will require the support of Irish leader Leo Varadkar.

The PM is asking for a unified single market between Northern Ireland and the Republic regarding livestock and foodstuffs, which would enable the continued free flow of these essentials across the border.

It is his suggestion that customs and food standard checks are carried out a distance from the border, but there be no Customs Union between the EU or the UK in isolation.

His final demand is that Stormont has the last word on the matter and could end the arrangement at any point, unilaterally.

While it is a plan, it is vague and sketchy and requires the support of all EU leaders to get it through, with only a few weeks left to consolidate it.

However, while it seems Boris Johnson is eager to prove he has a plan, as the clock ticks down, the EU’s main protagonist, Michel Barnier is not impressed with his offerings and Juncker, whilst in essence conciliatory emphasised the urgency for Mr Johnson to detail his proposals on paper.

"Until such time those proposals have been presented, I will not be able to tell you looking you straight in the eye that any real progress has been achieved,” the Commission President told the parliament.

Meanwhile, the Judges in The Supreme Court continue to debate the legality of the PM’s prorogation of parliament, a result which could alter once again the outcome on October 31. 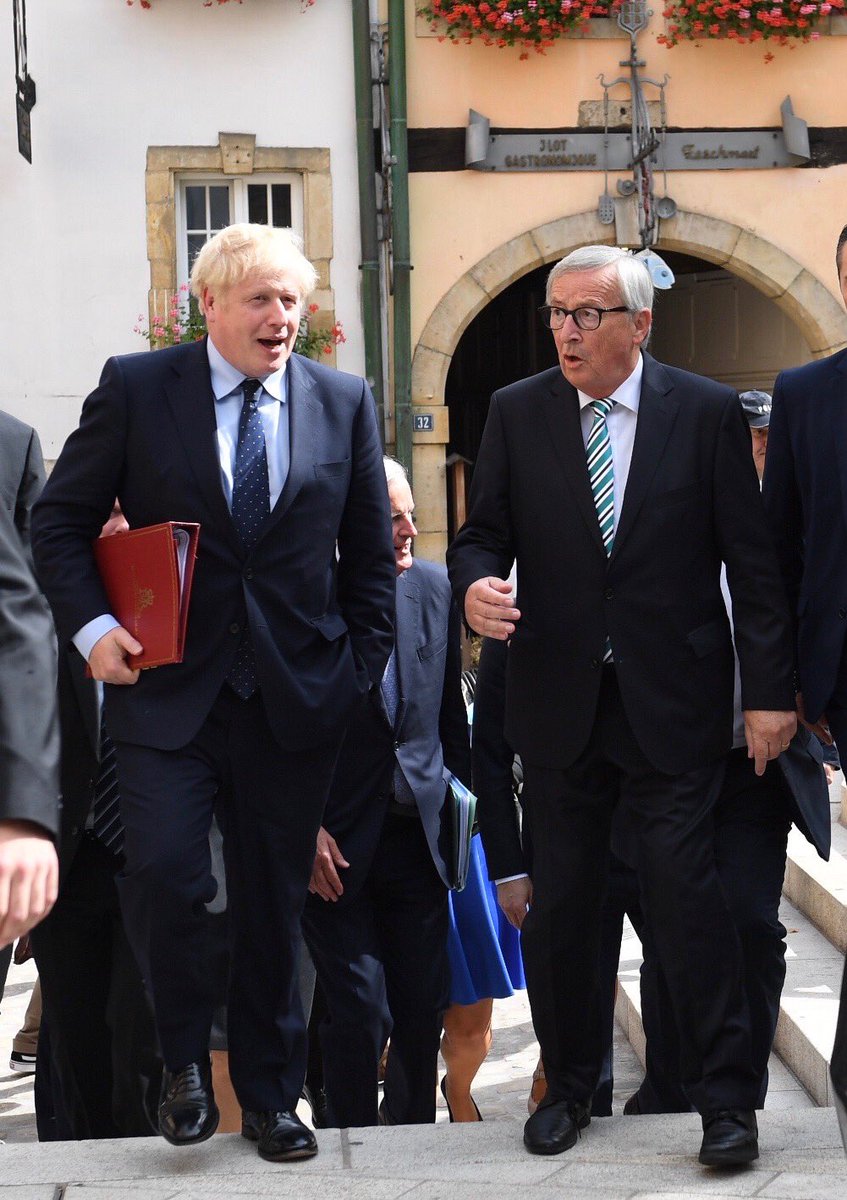