You are using an outdated browser. Please upgrade your browser to improve your experience.
This website uses cookies
Cookies help us and our partners provide statistics. By browsing this website, you consent to the use of cookies in accordance with our Cookies Policy.
Accept & Close
Home Articles
Emily Thornberry Calls Johnson A Liar Of Trumpian Proportions Ahead Of Tv Debate
12:48
UK

Emily Thornberry calls Johnson, “a liar of Trumpian proportions” ahead of TV debate

Although currently the Conservatives are enjoying a lead in the polls over Labour, after only a week and a half of electioneering  the Tories are being reined in.

Johnson has offered cash injections into both the NHS and policing, as has Corbyn, but it seems that his character, which was once his trump card, has now become too Trumpian for many.

In fact today the concept was propelled into the public arena, when Shadow Foreign Secretary Emily Thornberry described the prime minister as, “ a liar of Trumpian proportions.”

In fact, it is not only Johnson’s apparent falsehoods regarding policies that are coming under scrutiny, something that all politicians often succumb to at election time, but it is the fact that his personal life seems to be peppered with deceit that is turning potential voters off.

Rarely, if ever, has there been a UK politician whose personal life has so regularly hit the headlines.

So far, scandals that would have sunk other politicians in a moment, have  barely damaged him at all.

However, now that the sharp end of policy making is coming under public scrutiny, as the electioneering progresses, voters are casting an eye over his character and wonder if he can deliver. Does he tell the truth?

Also one of the most damning polls to emerge this week, indicated that the Brexit vote, one on which Johnson relied to get him into Downing St, is now diminishing across the land which scuppers much of the PM’s power.

According to these recent figures, 54 percent now want to stay in the EU and only 46 percent are still keen on leaving.

Inevitably this makes Johnson’s battlecry of “Get Brexit Done,” a particularly unpopular and ineffective ticket on which to stand.

Of course it is only the Lib Dems who have firmly dropped down onto the side of Remain, with a promise to revoke Article 50, but Corbyn has at least promised to re-negotiate Brexit before bringing it back to the electorate for scrutiny by referendum.

If the temperature taken by the current statistics are correct, the bullish style of Boris Johnson, regarding not only his Brexit strategy but also his personal life, could actually be about to explode in his face.

Tonight’s debate will be the perfect opportunity for Corbyn to improve his ratings once again and call out Mr Johnson on any fabrications he may have delivered in the recent past, while the PM will be hoping today to employ the same Teflon suit that the President of the United States has found so useful. 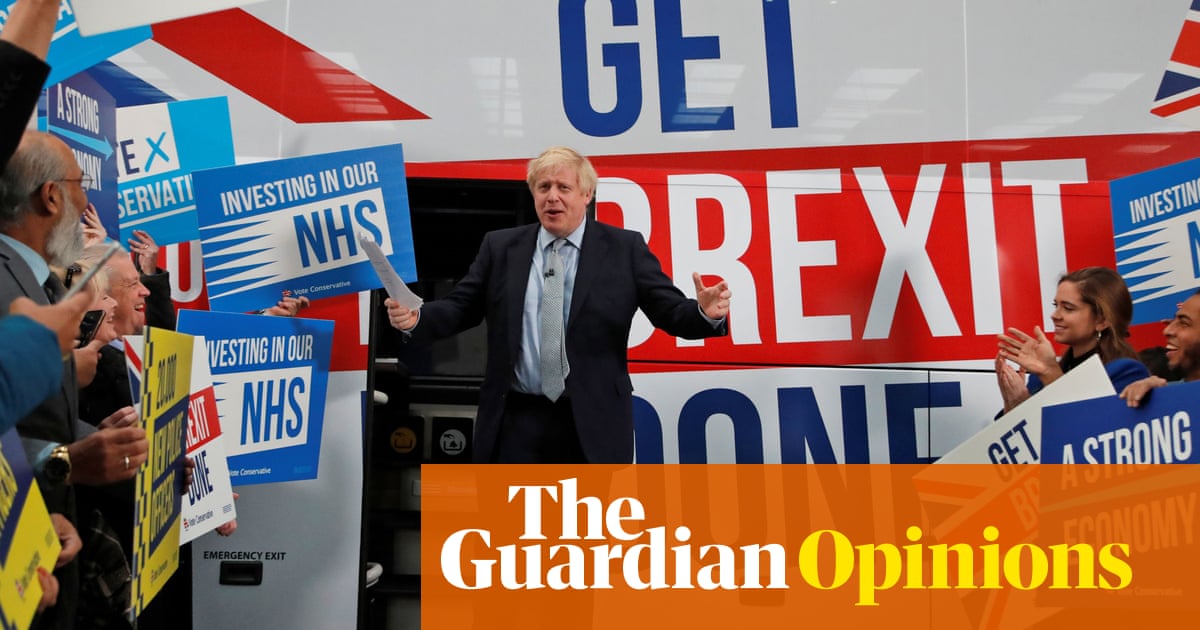 Its not just Boris Johnsons lying. Its that the media let him get away with it | Peter Oborne
The Guardian
Read More

Emily Thornberry
EmilyThornberry
Follow
Everyone thinking of voting in the #GeneralElection19
should read this article & every one of our activists should be repeating its contents on #labourdoorstep. Boris J is a liar of Trumpian proportions. Even if the MSM let him get away with it- we mustn't
https://t.co/7GKlo0RgbK
Follow
06:09 AM - 19th Nov 19
1342
2219

Party With Most Seats In Next General Election

Party With Most Seats In Next General Election