Could Boris Johnson be impeached?

We are used to hearing about the possibility of the President of the United States being impeached, the most famous execution of which was Richard Nixon in what became known as The Watergate Scandal and since Trump has been interned at The White House, it has been a frequent part of political parlance, but could this really happen on this side of the pond?

Well Brexit has thrown up a range of Westminster scenarios that no one ever thought would occur, so perhaps this could happen here after all.

So far parliament  has been prorogued, Tory MPs have been stripped of the whip, there is talk of other Conservatives extracting The Speaker from his job and it now seems that the PM could actually flout the law of the land.

To avoid implementing Hilary Benn’s bill to stop a no deal Brexit, Boris Johnson, who has sworn himself to leaving the EU on October 31, has found himself between a rock and a hard place.

If he follows the new legislation and requests a 3 month extension from the EU, he notably goes back on his personal promise to the electorate but he paves the way for the Brexit Party to scupper the Tories at the next general election, which many forecast is imminent.

So how does Johnson maintain face?

Well it seems that his cohorts, led by the now infamous Dominic Cummings are seeking a way to side-step the Bill, either by challenging it legally , or by sending an envoy to the EU summit on October 17 and placing the endgame firmly int the hands of European lawyers.

In this absurd game of political chess, it then appears that by flagrantly denying the will of parliament, it could be possible that MPs will impeach the PM.

Unless the prime minister resigns in such an eventuality, Westminster will have to remove him, one way or another.

In fact Johnson is not unfamiliar with the concept, having tried to implement impeachment procedures against Tony Blair in 2004 over the Iraq war, but this situation is a lot more clear cut.

Currently, it is Plaid Cymru, a member of the so-called Rebel Alliance who are leading the charge warning MPs to, “think the unthinkable”, and consider an impeachment process.

Plaid Cymru leader, Liz Saville-Roberts went on to explain, ““No one is above the law, Boris Johnson shouldn’t risk finding that out the hard way.”

No PM has ever been impeached before but the process is quite simple.

Only one MP is required to bring the accusation of flouting the law of the land forward, a committee then meets to scrutinise the evidence and if substantial enough, the perpetrator has to appear in front of Judges appointed by the House of Lords.

If found guilty the sentence is then determined by the House of Commons.

At this rate it appears that Johnson will be memorable for more than a dodgy haircut.

It seems that his time in Downing Street may not only be recorded as the shortest in history, but also the most disruptive to the long established British democratic system.

Although parliament is to be prorogued any day now, it seems that MPs will be working  overtime to counteract any manoeuvres this PM may try to implement.

A political roller-coaster ride is about to begin. 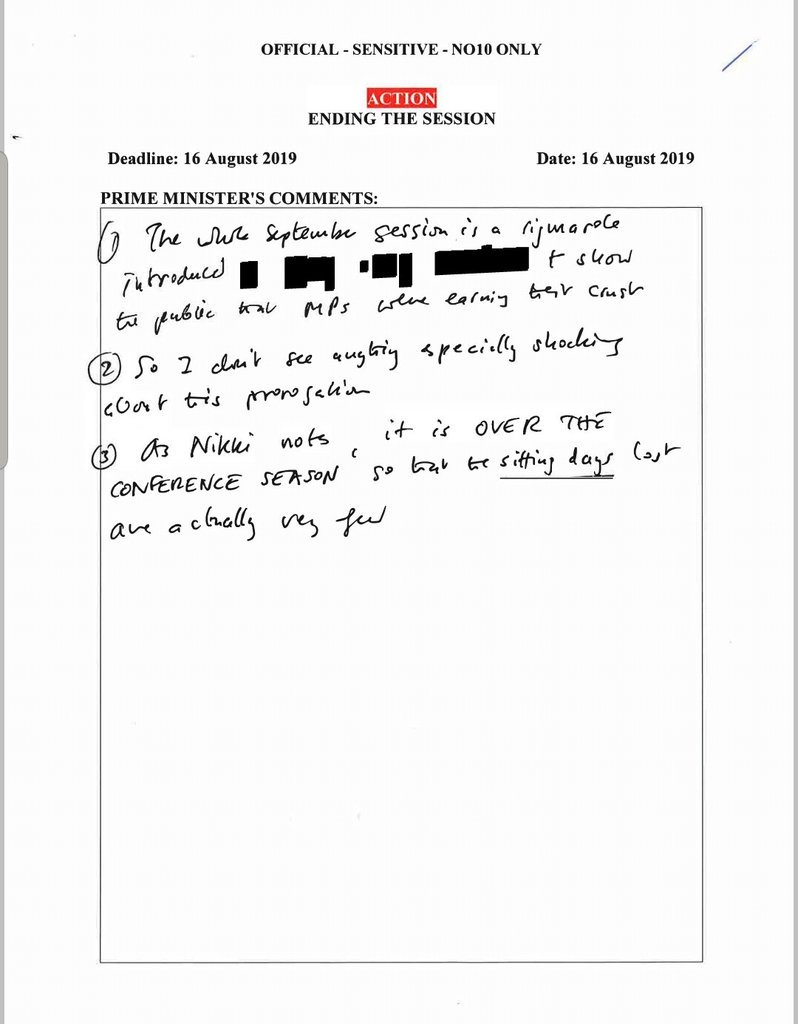