There is absolutely no doubt that currently the Labour Party is little more than a shadow in the Houses of Parliament.

Having endured a crushing defeat by the Tories in December, even though their decade-long austerity policies wrecked havoc on the nation’s purses, it could be argued that Corbyn’s opposition is little more than a political satellite, operating on the night-shift.

The research and analysis, post-election, on Labour’s demise threw up several issues. Although Brexit policies were a  major source of concern to voters, it was the leadership that many blamed.

Corbyn was, of course, a major antidote to Blair, bringing the socialist roots back to a party that many felt had been betrayed by Tony’s centrist policies. Corbyn sought to rescue his party from what was often described as ‘Tory-lite’, and his leadership was greeted with mass enthusiasm.

However, where Milliband had failed, so did Corbyn, bringing the defeats at the ballot box to four, for a party which seems to have lost its sense of identity and purpose.

Currently, at the end of a long, and arduous, leadership campaign a YouGov poll maintains that there is little doubt that the baton is about to be handed to Sir Keir Starmer.

Although many in the party have been suggesting that a political party that declares its support and representation for diversity should finally have a woman in charge, it seems that the two on the ballot paper, Long-Bailey and Nandy are simply not able to command support.

It seems that Labour members feel that Starmer is more removed from Corbyn than the other choices, which works in his favour and that his skills at not only speaking, but the way he wears a suit have enamoured many.

Although someone’s dress sense seems a peculiar basis on which to elect a leader, it seems that one of Corbyn’s failings was that he simply did not dress the part, which irked many.

Should Starmer become Johnson’s foil across the despatch box, he will have some serious work to do to rebuild Labour’s popularity.

His suits will not shape policies, so he better not have Corbyn in his shadow cabinet, or he will not be trusted to go in a new direction.

It seems that although Starmer may well win, that the Labour Party is simply short of the charisma that propelled Johnson to the very top. 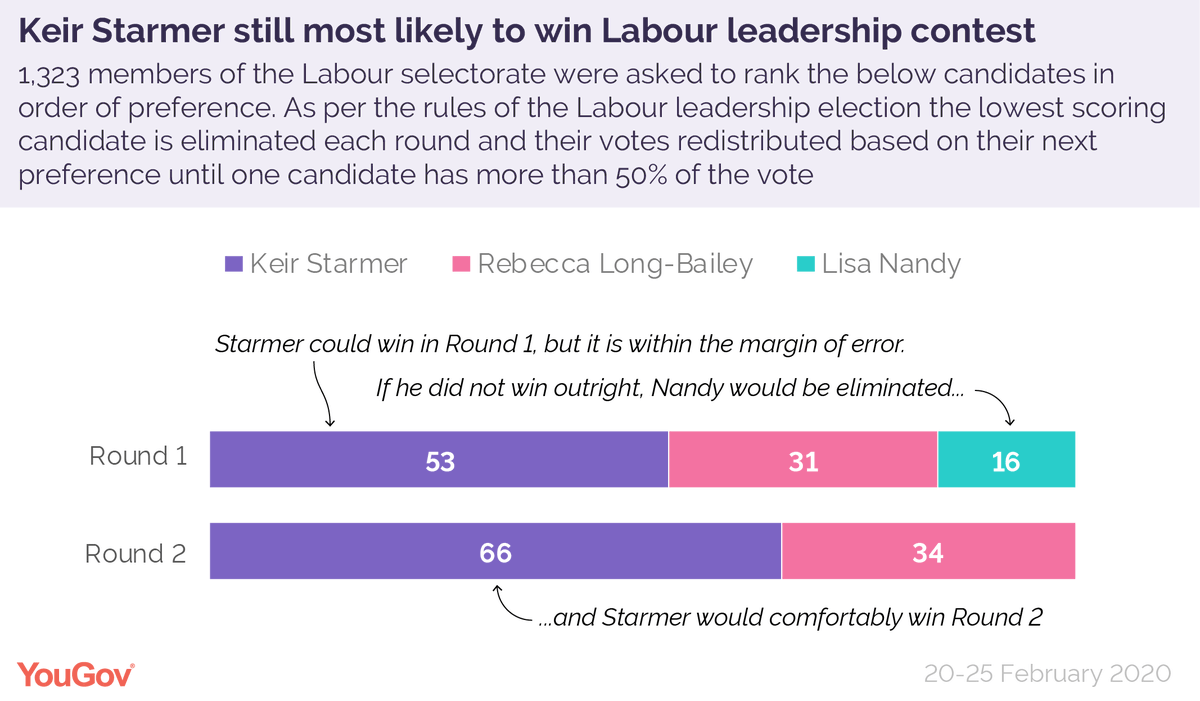