Nigel Farage has courted the political limelight since the UK’s membership of the EU has been under debate. Although never an MP, and still not standing as an MP at the next general election, what he says has become the focus of many a political journalist.

His voice is loud, and it seems powerful, but in recent weeks he has slipped from the headlines.

With UKIP he forced the European agenda and many would say it was because of his influence that a referendum was held.

However, while the recently formed Brexit Party was formed in response to Theresa May’s failed attempts to secure a deal with Brussels, it seems now that Boris Johnson has been touting a much harder line on Brexit, Farage has been somewhat muffled.

There have been concerns for some time that the Tory vote would be split at the ballot box because of Farage, although currently because of Johnson’s bullish stance in this regard, this danger it seems is less daunting.

Farage wanted to forge an alliance with the Tories at the next election, but Johnson has made it clear that he is not interested and will take the Conservatives forward alone.

Yesterday however, in a move to put his head yet again above the political parapet, Farage announced that there would be no Brexit Party candidates standing in the 317 seats that the Tories won in 2017.

Of course this is a gift to Johnson’s government, but one it seems that he neither asked for or particularly wanted but it is also a blow to the Labour Party who had hoped that Farage would dilute the Tory portion of the vote on election day.

Farage certainly gained credence by the Brexit Party results in the European elections in May, but once again it seems they are little more than a political thermostat than a credible political party.

Will voters chose Farage’s party now that Johnson is now such a Brexit hardliner, it seems unlikely, especially as all political parties are now publishing their manifestos which detail domestic policies which the Brexit Party seem unable to do.

As a single issue party, when that issue is then adopted by another group, their relevance to the whole debate disappears.

Will the Brexit Party finally emerge as a presence in Westminster on December 12?

Well it seems possible that a couple of seats could be won but what is definite is that Farage will not be among them.

It will be up to him to keep his views in the headlines, something which it seems he has done with both great pleasure and great success over recent years. He is very unlikely to go away any time soon. 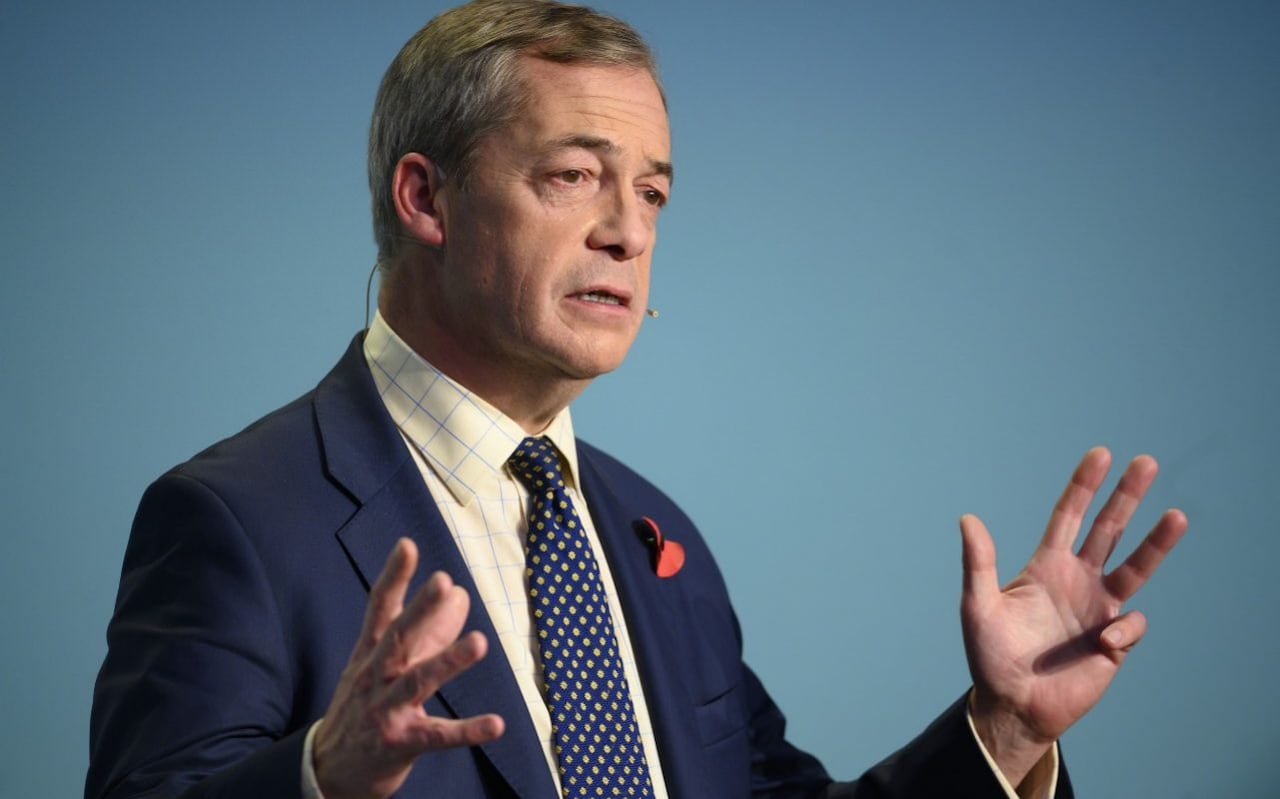 I have no great love for the Tories, but by giving Boris Johnson a chance we will stop a second referendum
The Telegraph
Read More